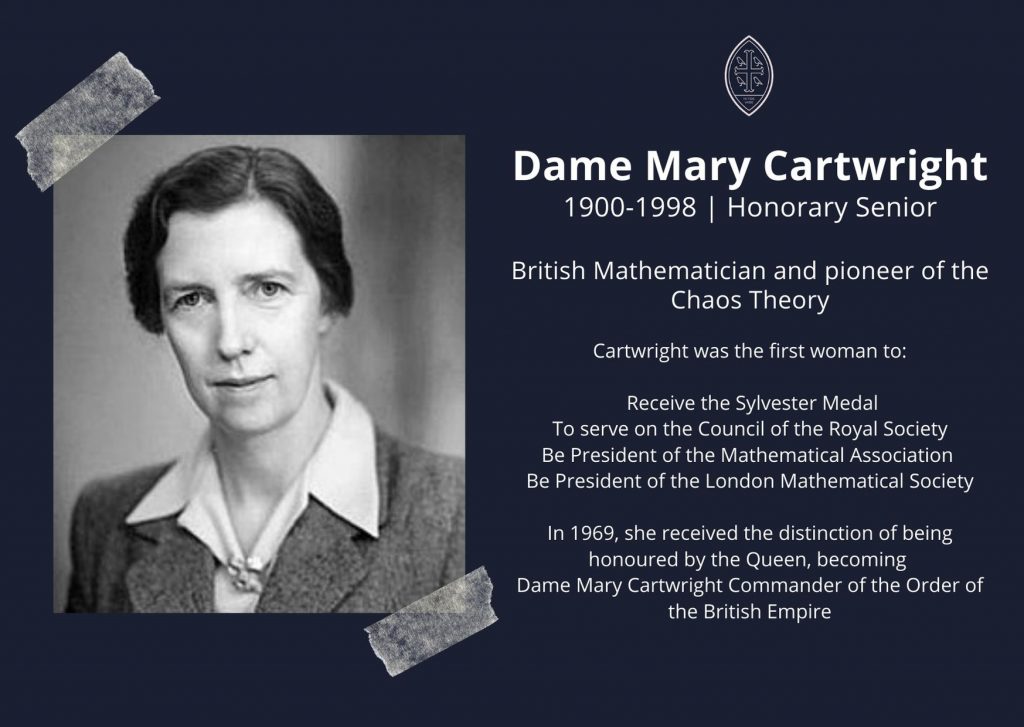 Mary studied mathematics at St Hugh’s College, Oxford, graduating in 1923 and becoming the first woman to attain the final degree lectures and to obtain a first.

She later went on to teach at Wycombe Abbey before returning to Oxford in 1928 to read for her D.Phil.

In 1930, she was awarded a Yarrow Research Fellowship and attended the University of Cambridge to continue working on her doctoral thesis.

Her mathematical theorem, ‘Cartwright’s theorem’ gave an estimate for the maximum modulus of an analytic function that takes the same value no more than p times in the unit disc. To prove this theorem, Mary used a new approach by applying a technique introduced by Laws Ahlfors for conformal mappings.

In 1968, Mary received the De Morgan Medal of the Society and was elected an Honorary Fellow of The Royal Society of Edinburgh. In 1969, she also received the distinction of being honoured by the Queen, becoming Dame Mary Cartwright, Commander of the Order of the British Empire. 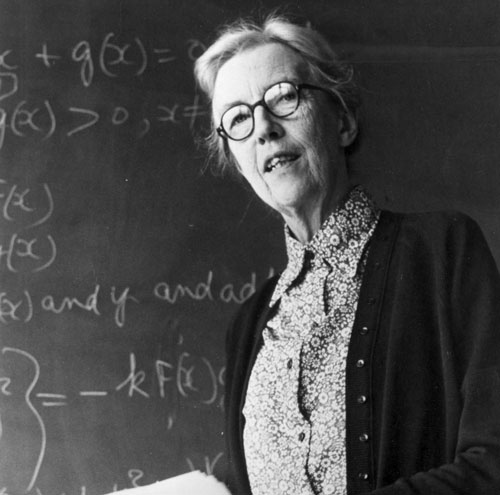 We are so proud that Wycombe Abbey had the privilege of Mary Cartwright, a female leader in her field, teaching for a portion of her career at the School, and passing down her legacy to today’s generation of pupils.