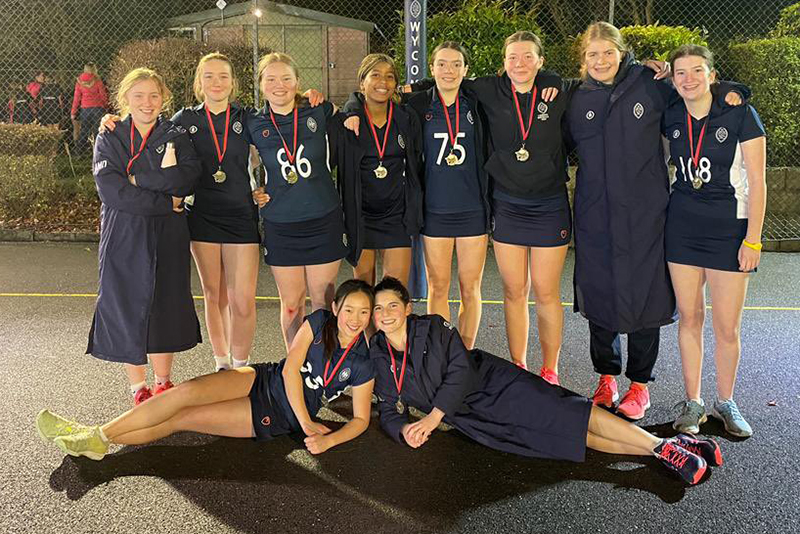 We were pleased to have been able to return to some normality this term with 433 pupils having competed for Wycombe Abbey in 191 fixtures across 11 different sports. We would like to congratulate all the pupils for their continual efforts, developing their technical and tactical understanding through training, and applying new strategies to competition. Pupils across all years, all abilities and all sports should be proud of their individual and team performances.

With 27 Netball teams playing fixtures this term there has been a lot to celebrate including the U14A team placing 2nd at the County Netball Tournament and qualifying for the regional round in January. The U16 and U19 teams also both narrowly missed out on regional qualification placing 4th and 3rd respectively. The U13 and U15 teams should also be congratulated on winning the Wycombe Abbey Invitational Tournaments. Our Upper Three teams have started their netball careers in impressive style, with the A team reaching the third round of the ‘Sisters n Sport‘ Cup competition.

Racket sports have featured regularly this term. Badminton matches against Downe House resulted in wins for Wycombe Abbey, with many pupils representing the School for the first time in this sport. Following the Tennis teams successes in the Summer Term, both the U13 and U15 teams qualified for the regional knockout rounds. They faced strong opponents but unfortunately did not progress. The LTA Senior Tennis team have begun their campaign earning a convincing win against Tudor Hall in their first-round match last week. Our Squash players have enjoyed both friendly and National Schools qualification matches and the U14, U16 and U18 teams have all progressed through to the National Schools finals that will take place in March.

Our junior swimmers started the season well winning both the Freestyle and Medley relay competitions at the Berkshire and Buckinghamshire round of the England Schools Swimming Association. Their times have continued to fall this season with many girls setting new personal bests and School records during galas this term.

Running club has continued to provide valuable training opportunities for our cross-country runners. The junior and intermediate teams both placed 2nd in the county competition gaining qualification to the regional round which took place over Short Leave. Against some very tough competition, they should be pleased with their final placing of 5th in the region, the highest result in recent years.

As we look towards the Spring Term with the U14 Netball Regional Competition, County and National Lacrosse Tournaments, Squash National Finals and many more weekly fixtures, it is important to reflect on the challenges the pupils have faced and overcome, the risks they have taken and lessons learnt, and the friends and memories that they are making. We would like to thank all parents, friends and families for the support given to the pupils and wish you all a very merry, and restful Christmas.