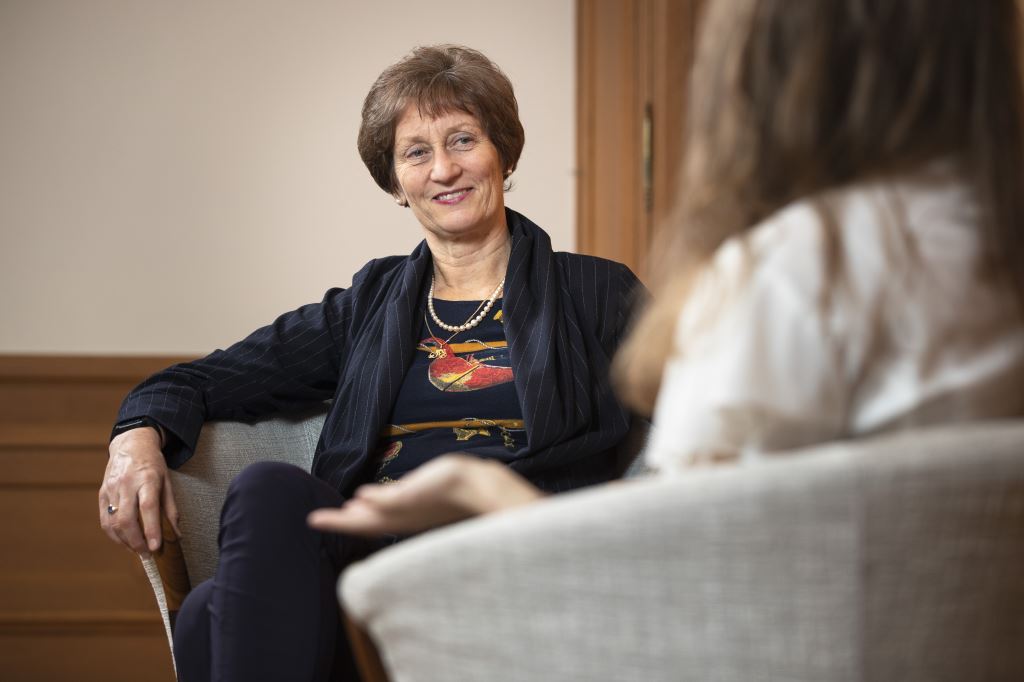 We congratulate Wycombe Abbey Senior, Professor Sarah Springman CBE, FREng (Class of 1974, Rubens, C128) who has been named a Dame Commander of the Order of the British Empire in the New Year Honours List for her services to engineering and international sports administration.

Following her education at Wycombe Abbey, Sarah went on to read Engineering Sciences at Girton College, Cambridge. After five years working on civil engineering projects around the world, including building a dam in Fiji, she returned to Cambridge to read an MPhil (St Catharine’s) and a PhD (Magdalene) in Soil Mechanics. Sarah was the first female Research Fellow at Magdalene College, Cambridge, before going on to become a university lecturer in 1990. Sarah served on the Governing Council at Wycombe Abbey from 1993-1996 before moving to ETH Zurich, Switzerland in 1997, before becoming the first female Professor of Geotechnical Engineering in Western Europe and the first female Professor of Civil Engineering in Switzerland. Her expertise lies in soil-structure-interaction and geotechnical aspects of natural hazards.

Alongside a fulfilling career in engineering, Professor Springman was also a high-performance athlete, representing Great Britain and Northern Ireland in triathlon from 1983-1993. During this time, she competed in the 1990 Commonwealth Games in Auckland, New Zealand and won 21 European Triathlon Union Championship medals in both triathlon and duathlon. In 1992, she was elected Vice-President of World Triathlon, serving until 1996, where she lobbied for triathlon to become a recognised sport in both the Olympics and the Commonwealth Games, and wrote the women’s action plan for Triathlon: ‘to achieve equality of opportunity, recognition and reward’. For her work in sport, she was awarded the Lifetime Achievement Award at the Sky Sports Sportswoman of the Year Awards in 2013.

Dame Sarah is currently Professor of Geotechnical Engineering and Rector at ETH Zurich and in February 2022 takes up the role as Principal of St Hilda’s College, Oxford.

We look forward to sharing our annual alumnae magazine, the Seniors’ Supplement, with Seniors of Wycombe Abbey, in which Dame Sarah Springman features as our headline interview.