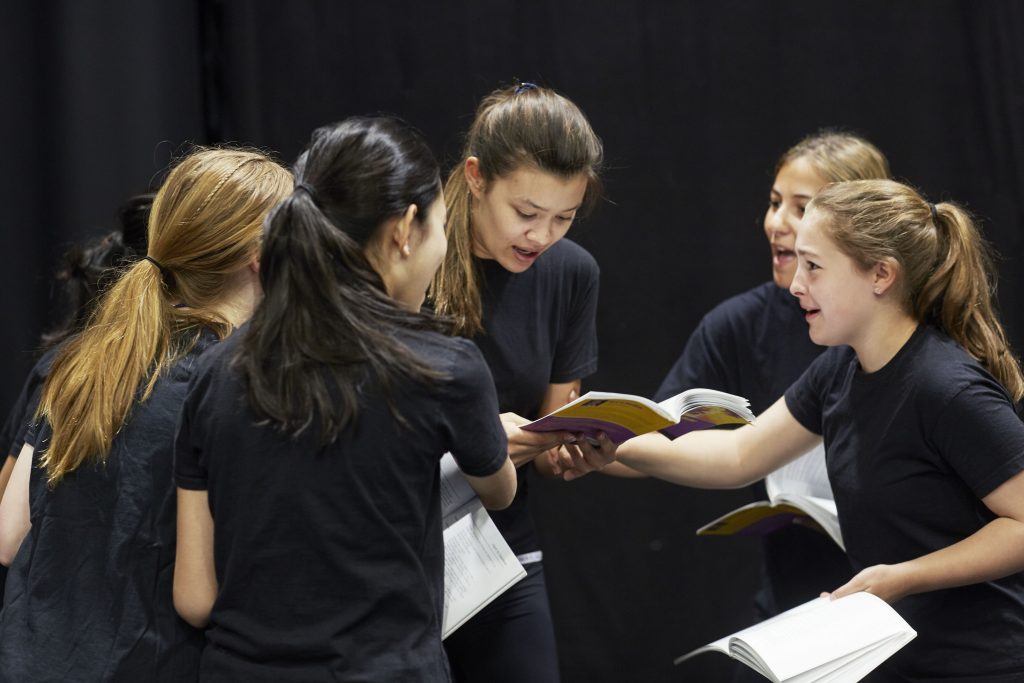 Along with other schools across the nation, Wycombe Abbey’s Music and Drama departments participated in #TuneUpTuesday on Tuesday 24 November. A series of diverse talks and online workshops were made available to the pupils to promote the arts and the positive impact they can have on mental health and wellbeing. Each workshop lasted around five minutes and offered different perspectives. Our Sixth Formers enjoyed a performance by the beat-boxing poet, Jasmine Gardosi, where consonants gradually transformed into beat-box rhythms. Our younger girls had a more hands-on experience, participating in an interactive cross-rhythmic body percussion workshop from Percussionist Evelyn Glennie. It proved an enjoyable, thought-provoking and inspiring way to start academic lessons.

Pupils were given access to a website on the day, allowing them to explore careers in the arts. Featured short videos were given by experts talking in detail about their own career paths ranging in professions such as talent management, acting, television production, script editing, artistic promotion and music therapy. There were many famous contributors including Greg Davies, talking about his career as a comedian.

Further to this, the Drama department employed a number of the #TuneUpTuesday activities as part of the pupils’ LAMDA lessons. These ranged from vocal and physical ‘warm-up’ exercises to creating characters and how to produce accurate and detailed mimes. The department received positive feedback from both staff and pupils about the activities and they will be using some of them again in future lessons!

Over 110,000 children from across the country took part and our pupils thoroughly enjoyed learning about the different careers in this industry and how important the arts are for wellbeing. We look forward to taking part again in this initiative next year. For more information please see the TuneUp website.