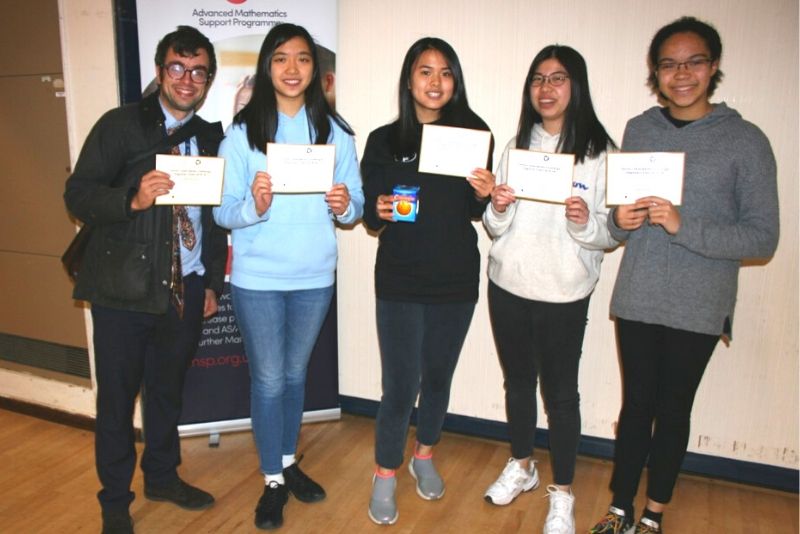 The Regional Final of the Senior Team Maths Challenge took place in Oxford last month. The competition, run by the United Kingdom Maths Trust, is one of the longest established school Mathematical Competitions and involves solving challenging problems. It was a high quality contest with several high scoring schools, but the Wycombe Abbey team emerged victorious. They scored highly in each round, working with accuracy and speed. They picked up all but one of the time bonuses and it was those extra marks which proved decisive. School wishes the team every success in the National Finals in February where they will compete against the other Regional Champions.