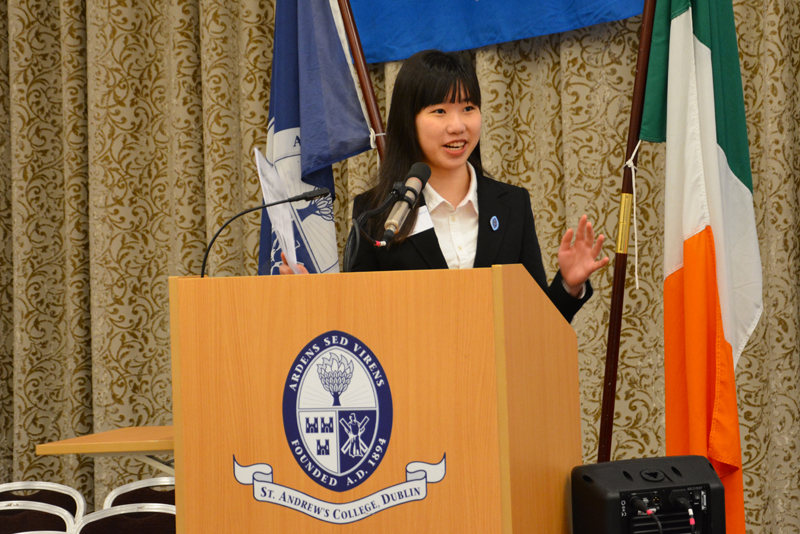 The Model United Nations (MUN) team was placed first equal once again at the prestigious SAIMUN conference in Dublin, Ireland.

The girls competed against 93 teams from schools across five continents to secure top position at the four-day event.

The team was presented the Outstanding Delegation Award for the third year running during the closing ceremony.

The international affairs conference is the largest of its kind in the British Isles.

The event recreated the deliberations of a range of United Nations forums including the Security Council and General Assembly.

The girls represented the policies of France and Nigeria during simulation. Amongst the topics debated were antimicrobial resistance, virginity testing, conscientious objection to military service, the environmental impact of palm oil production and the situation in Yemen.

Seven girls were also awarded Distinguished Delegate prizes, presented to the top-performing delegates in each committee.

The team also enjoyed a day of cultural visits exploring Irish political and social history. There was also the opportunity to sample traditional Irish music and dancing.

Wycombe Abbey’s MUN programme is one of the largest and most active in the country, with more than 100 girls participating.