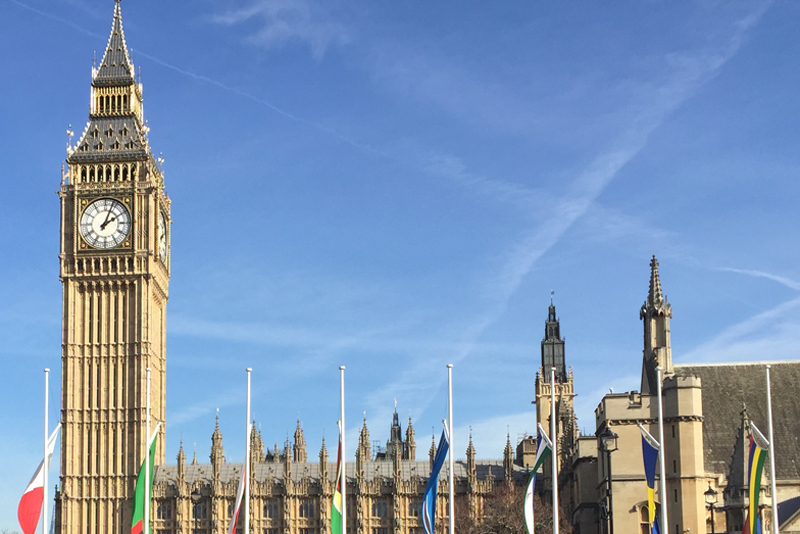 On 5 December, the Lower Sixth Politics classes set off for the Westminster Central Hall for the Politics A Level Conference, to hear some of Parliament’s most significant MPs and ministers.

Firstly, we were very fortunate to hear from the Speaker of the House of Commons, John Bercow. Mr Bercow spoke about how he chairs the debates in the Commons, as well as the importance of remaining impartial to all parties and MPs in the House.

Next, we listened to the Conservative MP for Aylesbury, David Liddington, who is also the Leader of the House of Commons. He discussed how he plays a key role in the organisation of government business in the Commons and he explained his close working relationship with the executive’s Chief Whip. Many members of the audience were able to ask him questions, for instance about how to solve the discrepancy between young voter apathy and increasing general interest in politics.

In our eyes, the highlight of the day was hearing both Chuka Umunna and Jacob Rees Mogg speak. Chuka Umunna, the well-known Labour MP for Streatham, inspired us all. His enthusiasm and humour connected with all members of the audience. He emphasised the importance of our generation, as well as including his perhaps controversial views on the need to reduce the voting age, amongst other things. He answered all questions asked on Brexit and the growth of right-wing nationalism, to name a few. However, most importantly he left us with a statement of wisdom, which was: ‘Don’t listen to those who say your vote doesn’t matter’.

Hearing Jacob Rees Mogg speak was a much-anticipated moment, yet he definitely lived up to all our expectations. Jacob Rees Mogg is the Conservative MP for North East Somerset, who often appears on ‘Have I Got News For You’. As a Eurosceptic he gave an extremely interesting speech on the importance of Conservatism and presenting to us the benefits of Brexit, which was very relevant with the Brexit Court Case convening just across the road from where we were. His humorous manner when answering questions captured all of our attention, with many members of the audience slipping in their great admiration for him, one member of the audience being so inspired that he used Mr. Reese Mogg’s famous word ‘floccinaucinihilipilification’, known as the longest word in the Commons.

The day was truly inspiring as it gave us the opportunity to learn about the roles of different ministers in Parliament. As well as this, it allowed us to decide on our own political views and helped us all to understand more about the political system that we had learnt so much about in class.

Live at the Berlin Philharmonie

The Rise and Fall of Little Voice