Poland Back in the Narrative – A History Society Talk 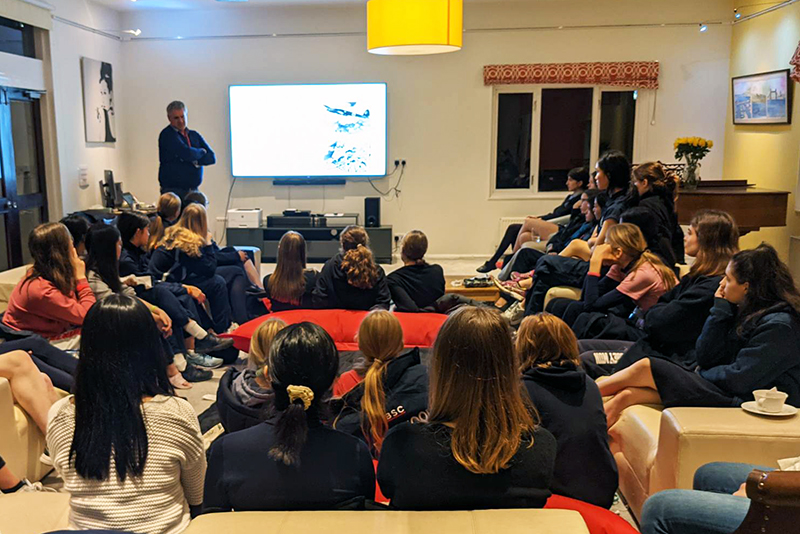 In November, the History Society was fortunate to hear from Roger Moorhouse; he gave a fascinating talk about Poland in 1939 and The September Campaign. A British historian and author specialising in modern German and Polish history, Moorhouse has written for The Times, The Financial Times, The Independent on Sunday and is also a regular contributor to the BBC History Magazine and History Today. His numerous publications include Berlin at War, The Devil’s Alliance and First to Fight, which was shortlisted for both the Duke of Wellington Medal for Military History 2020 and for the British Army Military Book of the Year 2020.

Over the course of his talk, Moorhouse discussed The Polish September Campaign through the lens of six ordinary Polish citizens, ranging from Honiok (a Polish activist whose death was manipulated to justify Germany’s invasion) to Śmigły-Rydz (Commander-in-Chief and Marshal of Poland). It was fascinating to learn about the invasion from the Polish perspective, exploring their defence strategies and the noble, courageous ways in which they battled on both fronts against Nazi and Soviet forces, despite a lack of Allied support. Britain and France both promised help that never came which perhaps goes some way in explaining why, although the invasion of Poland was the defining event that began the Second World War, it doesn’t seem to feature in the Western narrative. This observation was expanded on by Moorhouse throughout his talk as he emphasised the importance of further exploring the role played by Poland throughout the conflict. As the only country to be occupied by both Nazis and Soviets, it seems clear that in order to better understand the war itself, as well as the complex regimes and ideologies in Germany and Russia, we should start with Poland. Poland never surrendered throughout the entirety of the war and should be remembered for its bravery and resilience in the face of two of the world’s most brutal, totalitarian states.

A massive thank you again to Roger for sharing his fascinating insights with us and writing Poland back into the narrative.