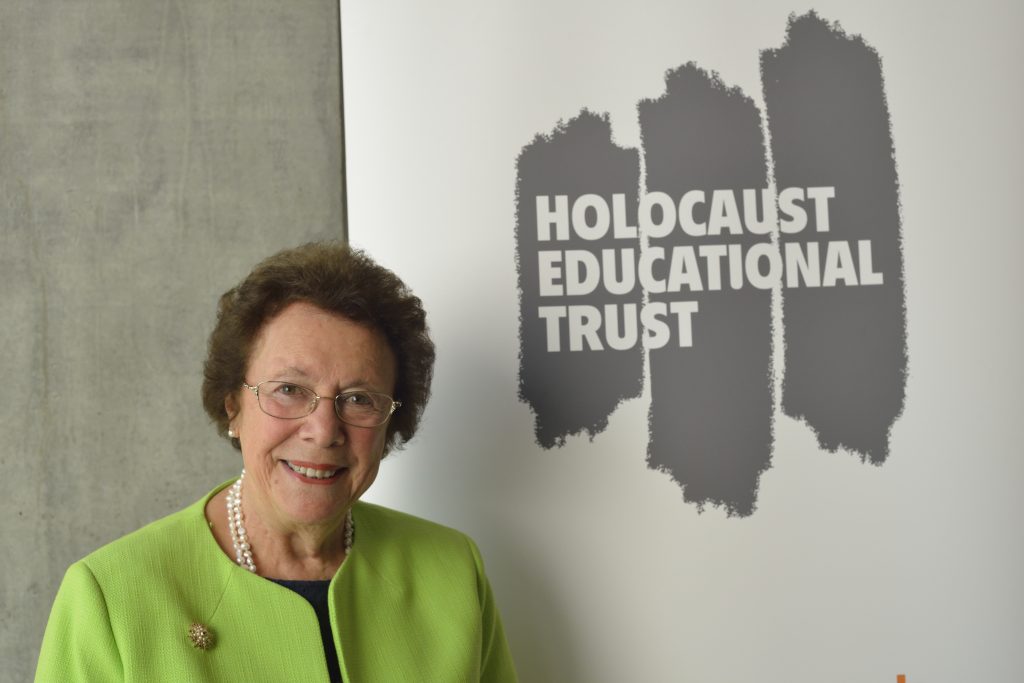 On 11 May, LV were given the incredible opportunity to hear the first-hand account of Holocaust survivor, Susie Barnett – I could not hide my amazement as I listened to her story. Although she was only a baby in Nazi Germany, the experiences her siblings told her were harrowing: Susie’s sister, Inge, being unable to come home from school on her own due to stones being thrown at her; being forced to go to strictly Jewish schools where each day her class declined in number; befriending people who suddenly disappeared, never to be seen again. There were particularly horrifying events that her father, Arthur Frankenberg, had endured during the eight months he spent in a concentration camp. Things I had previously thought unimaginable were done to him and many others by Nazi soldiers who were respected and valued in their communities, who were seen as “good, honest folk” by their peers. There were so many things I could not possibly relate to in this summary.

Susie also talked about people who were “the light in the darkness” and helped her and her family. She owes her life to her mother’s cousin in London, who was persistent in arranging for her and her mother to come to England so that they were lucky enough to escape. There were many others as well: when there was not enough food, their German neighbours would slip money under their doorstep. When Nazi police officers were ordered to arrest 400 Jewish men, one of whom was Arthur Frankenberg, a friend of his in the police force let him know in advance and offered to take his name off the list; although Arthur refused, I cannot help but imagine what his and his family’s lives would have been like had he accepted. When he was released from the concentration camp months later, forced to find his way home by foot – seeing a man collapsing from exhaustion in the streets, a German police officer took pity on him and gave him a glass of water. Despite the horrors done by Hitler and the Nazis, there were still a few whose kindness shone through and whose actions Susie will never forget.

Her narration of her life after escaping Germany in 1939 was captivating. When they came to England, her three older siblings were forced to find work, having neither a complete education nor any prior knowledge of the English language, moving from foster home to foster home in a never-ending grasp for survival. After Susie turned nine, she was reunited with her father and eventually left foster care to live with her parents. She said that relations between her and her family were strained – she did not share the hardships they had endured when she was too young to remember, and they never had the opportunity to bond. Nevertheless, Susie has overcome her past and lived a happy and fulfilling life in England with her husband of 58 years, two children and four grandchildren. I am extremely grateful that I was able to hear her story and that she was able to tell it.