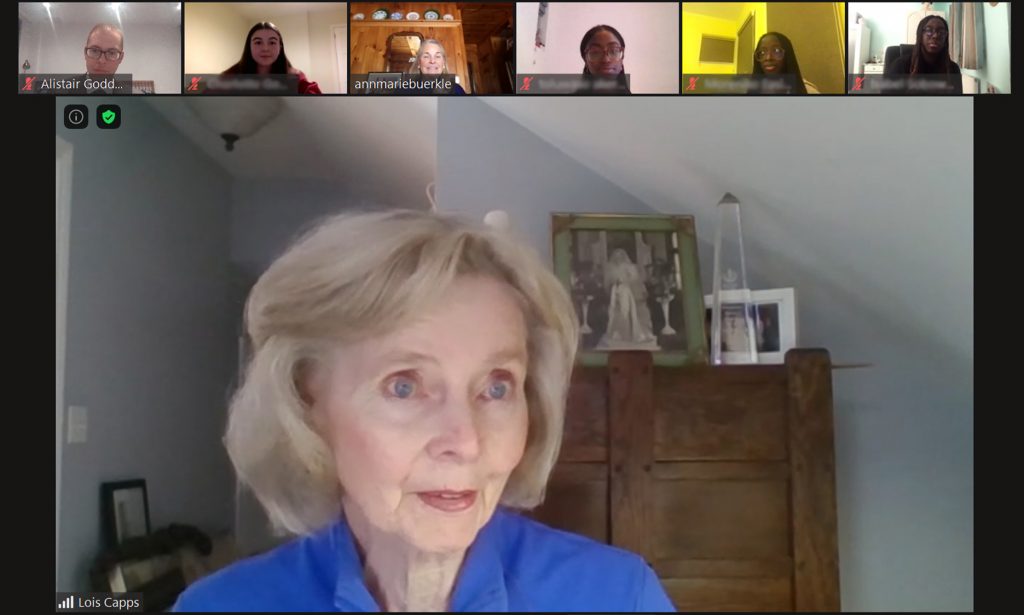 The event came at the end of an extraordinary and tumultuous month for American politics, following the recent storming of the Capitol in Washington DC and impeachment of President Trump.

The congresswomen answered questions from 30 girls on a range of topics including campaign finance reform, the influence of interest groups, party ideology and the separation of powers between President and Congress. They also shared their views on the Capitol attack and impeachment trial.

Hosting both a Republican and Democrat provided perspectives from both sides of the political spectrum. The talk also showed the role that bipartisanship can play in American politics away from the divisions featured in the news media.

The Congresswomen ended the session by emphasising the importance of talented young women seeking careers in public service.

Katie, who studies A Level Government and Politics, commented: ‘The session gave us an understanding of the inner workings of American politics that you just cannot find in a textbook! At such a remarkable time to study American politics, it was incredible to hear the perspectives of the two congresswomen about the events of recent weeks. Their call for young women to enter politics really resonated.’.

We are very grateful to Congresswoman Buerkle and Congresswoman Capps for giving their time so generously to talk with the girls.