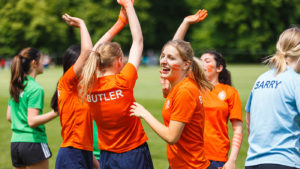 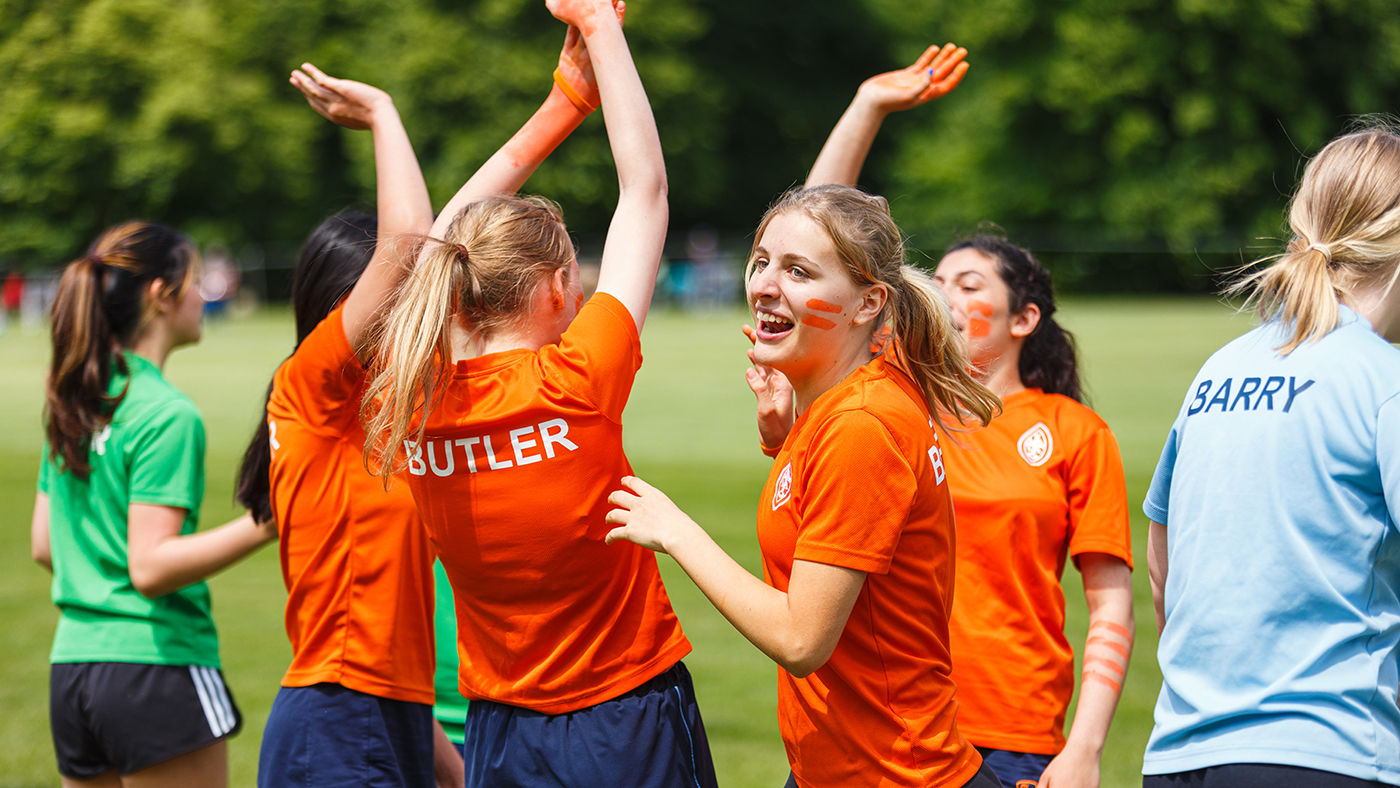 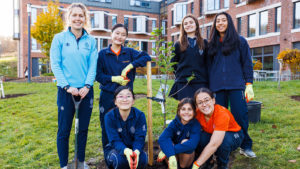 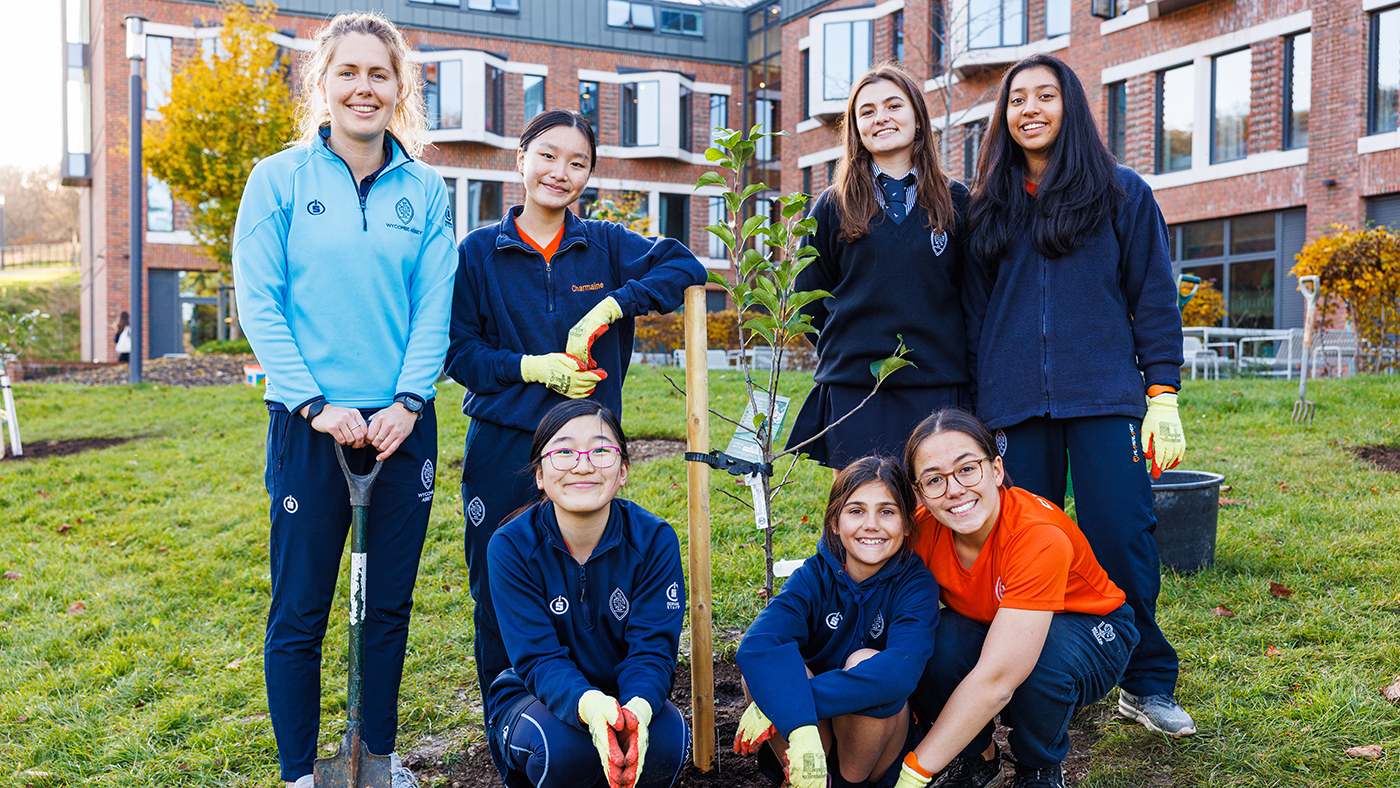 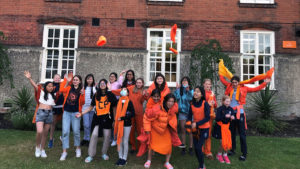 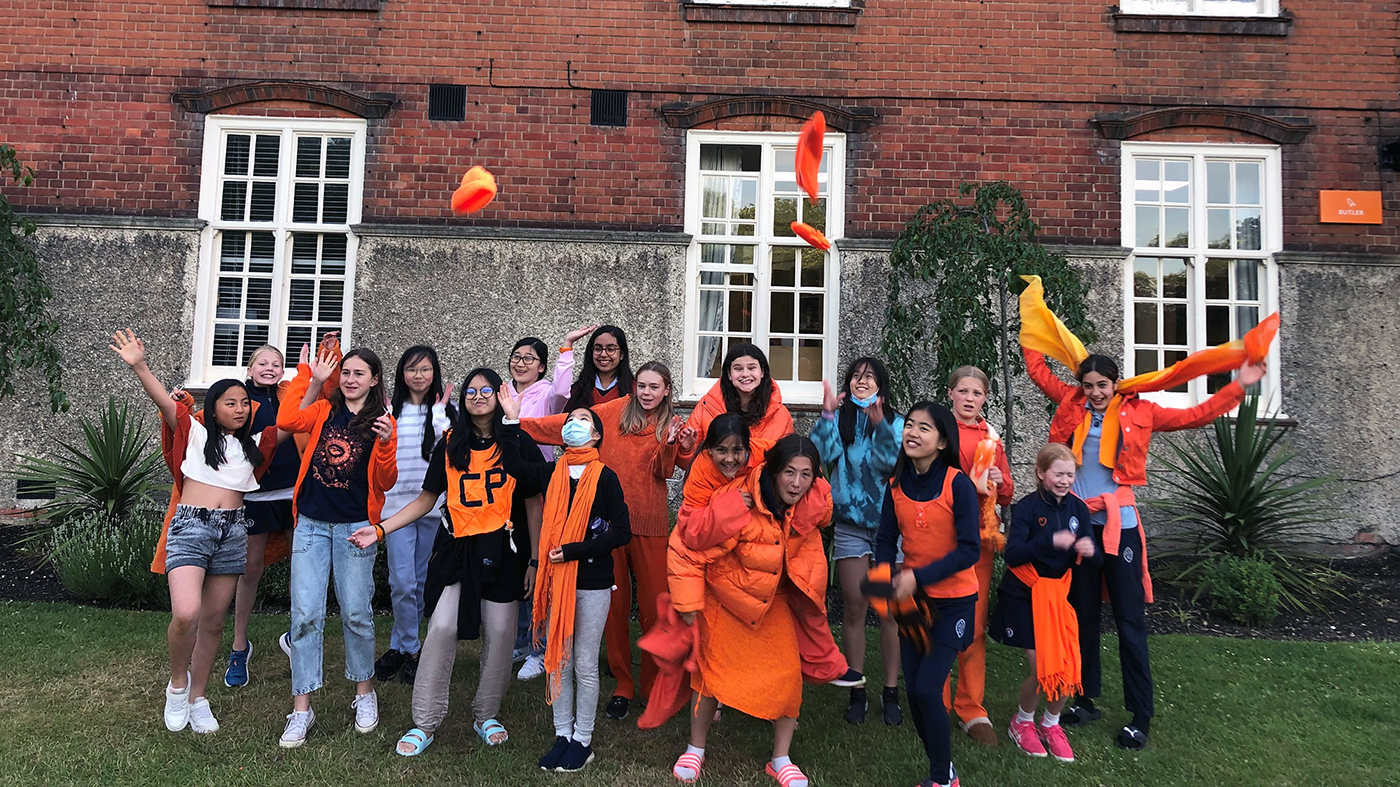 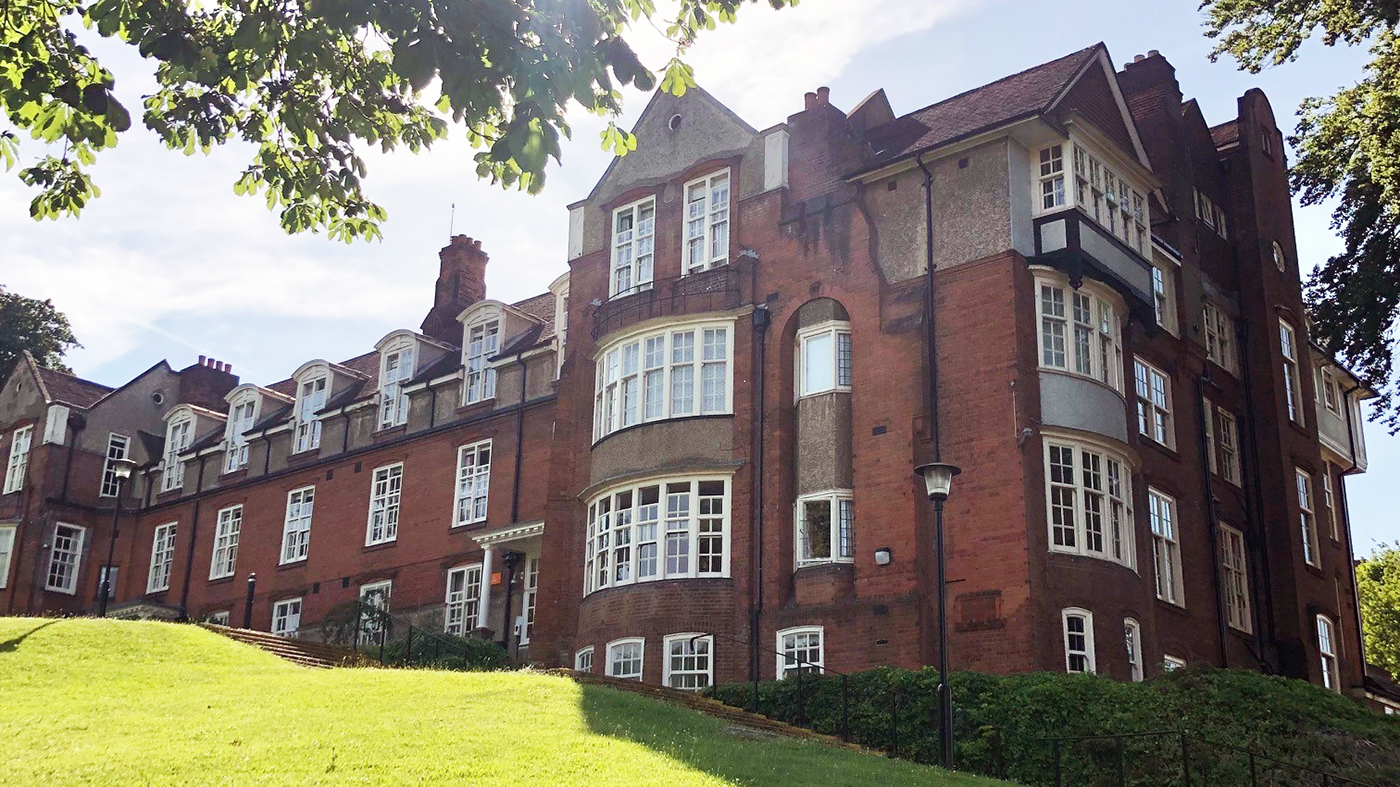 Butler is one of four Outhouses on the Marlow Hill side of the site. The Victorian buildings have a great deal of character with a central staircase in the entrance, communal living and workspace on the ground floor with all bedrooms and bathrooms upstairs. Butler has around 50 pupils; from age 12 to 17. The youngest four year groups have year group studies and share dorms, and the oldest pupils have their own study bedrooms and sitting room.

Our House colour is orange and we enjoy decking ourselves out in the colour for House events; we love dressing brightly and are famed for our House spirit! Butler’s motto is ‘Be kind, have courage’. We are a caring community where time can be spent with friends, hot chocolates are freely available and the smell of pre-bedtime popcorn wafts through the House.

Each girl entering the House has a House Mother, and so joins a House Family. The House Families often spend time together on a Monday evening to talk and share experiences. Tuesday is Toastie Night, Wednesday and Thursday are usually set aside for baking, board games or crafts. Our Resident Tutor arranges something fun for our ‘Fun Friday’ events and Saturday evening is movie night. Every evening there are opportunities to spend time with staff, friends and pupils in other year groups, ensuring that the Butler spirit is shared and encouraged in all our pupils.

Hannah read for a BA in Sport and Exercise at Durham University. After working for the University as Athletic Union President, she joined Wycombe Abbey in 2014 as a Graduate Resident Tutor. She then became an Assistant Housemistress and then Housemistress of Butler in January 2020. She has held positions in both the PE and Admissions Departments, alongside teaching. In September 2021 she was appointed as Head of Co-Curricular Activities and Trips which she says is an exciting new challenge.

Hannah enjoys the outdoors, competing in athletics and open water swimming, as well as having an interest in all things Hispanic.

Elizabeth read for a BA in American Studies at Swansea University followed by an MA by Research with an environmental literature focus. Continuing her interest in the environment, she completed an MSc in Nature, Society and Environmental Governance followed by a PGCE at the University of Oxford. She joined Wycombe Abbey in September 2020 as Assistant Housemistress of Butler House and Teacher of Geography.

Outside the classroom, Elizabeth enjoys rowing, as well as anything creative; particularly art and writing.

For more insight into Butler House